Zuhair ibn Qayn was known soldier of Husayn, which as it was reported was martyred along with Husayn (radi Allahu anhu) in Karbala.

Let us see what history book (p 5)  says about him 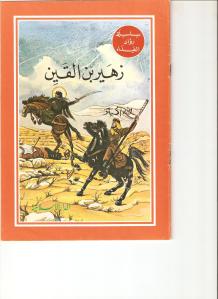 “Zuhayr believed that Uthman ibn Affan was killed wrongly, and due to that it is known that he was inclined toward (being) Uthmani and (his) desire”