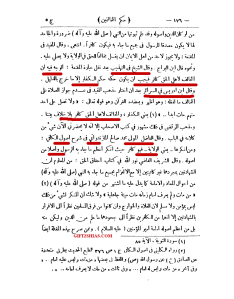 Said shaykh (at-Toose) in at-Tahzib: ….meaning in it that opponent to people of truth is kaafir, and it is necessary that his ruling would be ruling of kaafir, except the one who would leave (this group) by proof.

and said ibn Idris in “as-Sarair”: …… an opponent of people of truth is kaafir without contradiction between us.

Muhammad Salin al-Mazandarani in “Sharhul Usool al-Kafi”: And who would deny it – he means wilayah – he is kaafir, because he denied greatest thing what prophet bring, and base from bases.

Here you can see 3 known shia shaykh making clear cut takfir of each and everyone who is in opposition to them. Sunni, Zaydi – Soofe, Salafi. That doesn’t matter for them.

Indeed fitna of khawarij took its root from rafd.

And you can see in the words of Mazandarani. That greatest thing that prophet (sallalahu alaihi wa ala alihi wa sallam) brought for them is not tawhid BUT WILAYAH!