Bismillah, can anyone here imagine any Islamic scholar which would be asked about Haram or Halal, and he wouldn’t answer, even if he has a knowledge about this issue? No, for sure.

But shia Imams had such permission. Meaning no matter how important matter was, it was entirely up to them answer to it or not.  Issue isn’t about questions on companions, or creed, the issue is about halal and haram. 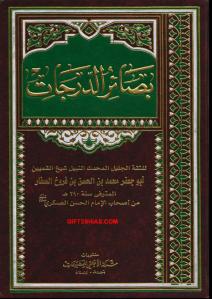 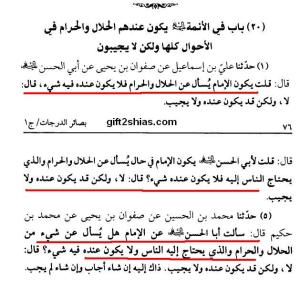 Hadith 4 – …… Saffan ibn Yahya: I said to Abul Hasan: Is it possible that there would be situation when imam  would be asked (questions) about halal and haram which is needed by people, and there would be no answer with him? Imam answered: No, he would posses knowledge, but (possibly) wouldn’t answer.

Hadith 5 – (almost like hadith number 5, just in the end Imam says): It is up to him, if he wants he would answer, and if he doesn’t he wouldn’t.

Comments: For sure this is not a face of people who as shias claim have to rule this nation! Because if person has knowledge about halal and haram which is needed by people, he SHOULD answer! If he wouldn’t, how on earth he can be Imam who guide people to the truth?