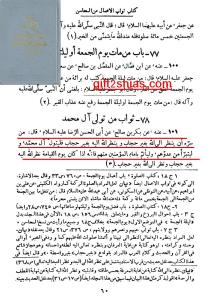 2 thoughts on “Imam testify that Allah could be seen”