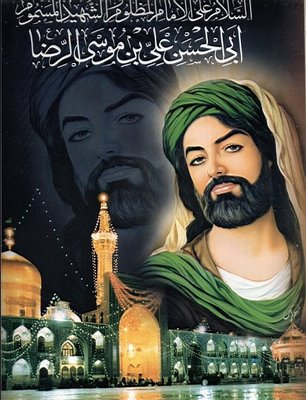 His grandfather was Imam Ja’far al-Sadiq who was

secondarily married to an African

slave woman he had freed. The woman

later gave birth to Musa al-Kadhim, making him half